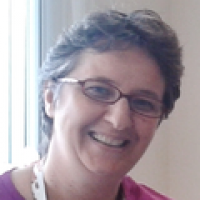 Dr. Eugenia Arvanitis is Assistant Professor of Interculturality & Diversity in Education at the University of Patras, Greece. She teaches at the Post Graduate Program "LRM Language Education for Refugees and Migrants" of the Hellenic Open University. Dr. Arvanitis has worked for a number of divisions in the Greek Ministry of Education and Religious Affairs (2006-2012), and she has been involved in policy development for intercultural, adult, and immigrant education (e.g. drafting working papers and expressions of interest for major national programs funded by the European Commission through the National Strategic Framework of Reference).

Dr. Arvanitis lived for a decade in Australia gaining valuable experience in multicultural education and ethnic language maintenance policies. Her PhD research involved an in-depth analysis of teaching practices and educational policies in Australia in the late 1990s with particular emphasis on Greek language classes and after-hours schools in Victoria. During 2001-2004, she was coordinator of the Greek Language and Cultural Studies Program (BA International Studies) at the School of International and Community Studies, RMIT University and the Manager of the Australian-Greek Resource and Learning Center at RMIT University, Melbourne. Since 2015, Eugenia has coordinated the Forum on Intercultural Dialogue and Learning at the University of Patras, Greece, which attracts funding from Greek organizations and the European Commission. She also acts as an Intercultural Expert at the Intercultural Cities Network, a world-wide program run by the Council of Europe. Eugenia was a visiting researcher and scholar at the National Europe Center, Australian National University (2004), and the Fulbright Foundation at the University of Illinois (2017). She is an Associate & Research Partner in several scientific organisations such as PASCAL International Observatory, the International Association for Intercultural Education, the European Society for Research on the Education of Adults (ESREA), and the University of Illinois (Common Ground: Scholar & Learning by Design project teams). In recent years, she has focused on the dissemination of the Learning by Design. She manages the Greek web based platforms ‘Nea Mathisi’ and 'Scholar,' which support professional and intercultural learning in school-based activities. This has involved collaborative work with a number of other Greek academics, school administrators, and teachers to co-design and evaluate a set of interactive WEB2 tools aimed at developing cutting edge pedagogical practices that enhance leaner performance and intercultural capacities of both teachers and students.